Italy´s GDP growth is expected to remain subdued in 2017 as international competitiveness remains an issue and the banking sector is still under pressure. 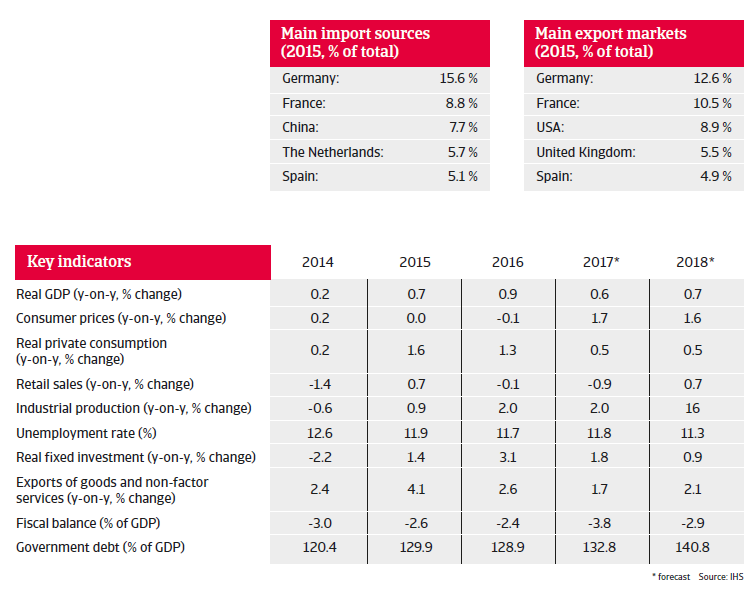 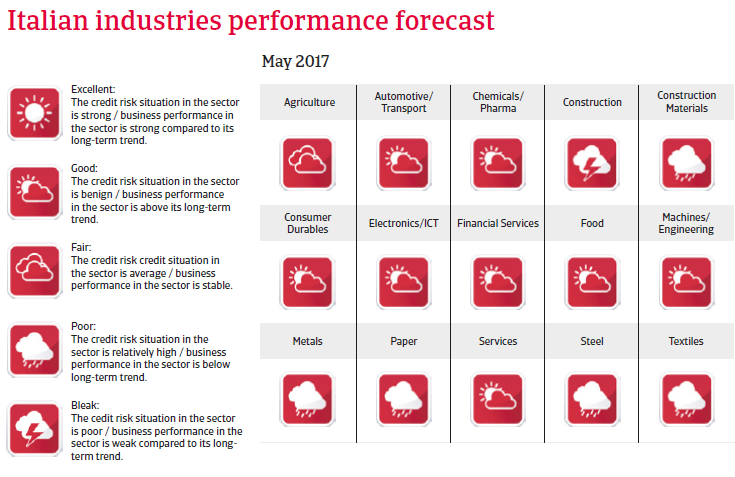 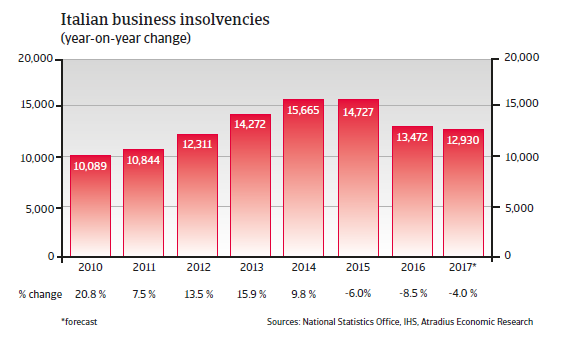 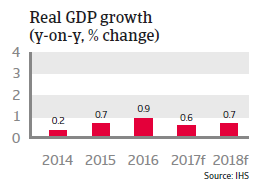 Italy´s economic rebound remains feeble, with modest growth forecasts of 0.6% in 2017 and 0.7% in 2018. The current recovery is far from stable. Export growth is supported by a weaker euro exchange rate, however Italy´s competitiveness has not improved against its EU peers. Reform efforts (e.g. in the labour market) have been insufficient so far. The Italian banking sector remains under pressure, and, in particular, loan provisions to businesses remain constrained. Despite some efforts for fiscal consolidation, the government debt-to-GDP ratio remains high, at more than 130%. In order to decrease the debt ratio substantially a nominal annual growth rate of 3% would be required. 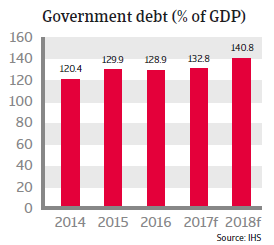 Additionally, political uncertainty has increased after Prime Minister Matteo Renzi stepped down in December 2016 as a reaction to the rejection of constitutional changes in a referendum. While Italy´s political landscape remains fragmented, early elections in 2017 cannot be ruled out. As a reaction sovereign yield spreads have increased since early 2017.

2017 is a major election year in Europe. Election gains of populist parties could undermine support for European cooperation and threaten reforms.

Atradius forecasts insolvencies across advanced markets to fall only 2% in 2017, the weakest performance since 2009.