With more than 58,000 cases in 2016 the number of business insolvencies was still about 5% higher than before the start of the credit crisis in 2008. 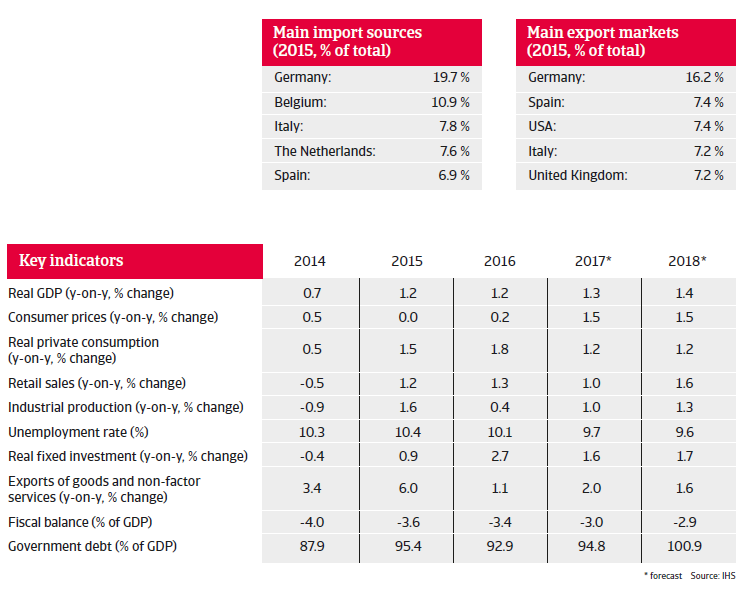 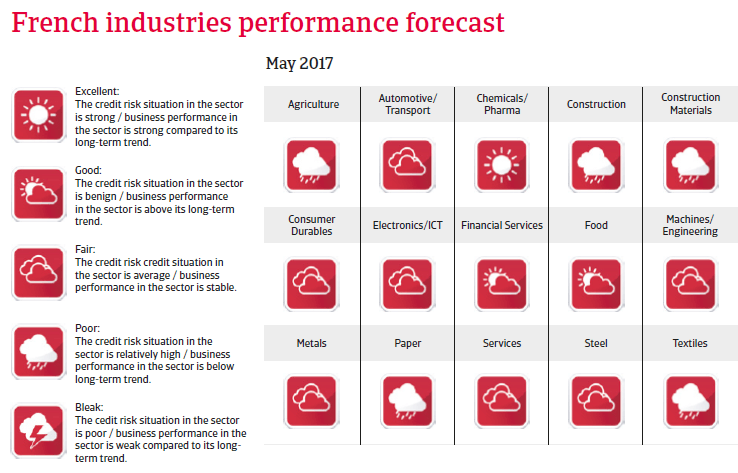 Despite decreases in 2016 and 2017, the insolvency level remains high 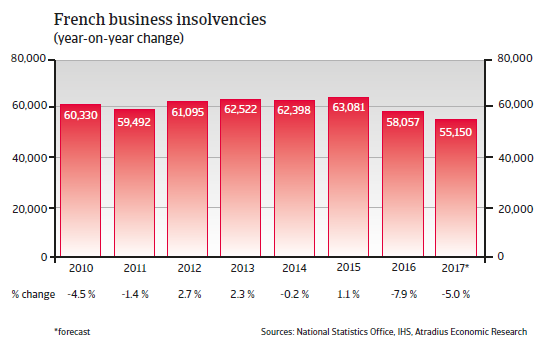 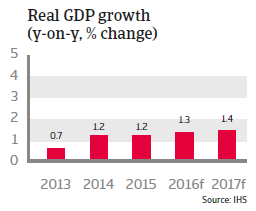 In 2017 and 2018 French economic growth is expected to increase only modestly, by 1.3% and 1.4% respectively; again below the eurozone average. Productivity remains an issue in the French manufacturing sector.

Unemployment, at least, shows a decreasing trend, which should benefit private consumption. 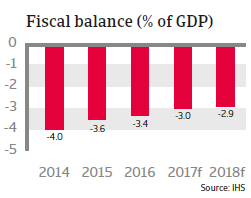 The 2008 credit crisis, subsequent government stimulus measures, and France’s only modest recovery have led to a sharp increase in public debt in recent years, up to 93% of GDP in 2016 from 67% of GDP in 2008. The French government has repeatedly missed meeting the Maastricht deficit threshold of 3% of GDP. Despite some austerity programmes, more measures to curb public spending are required, as public spending in France is the highest in the eurozone (57% of GDP).

2017 is a major election year in Europe. Election gains of populist parties could undermine support for European cooperation and threaten reforms.

Further sales growth in 2017 is uncertain as consumer confidence could be affected by the outcome of the presidential and parliamentary elections.